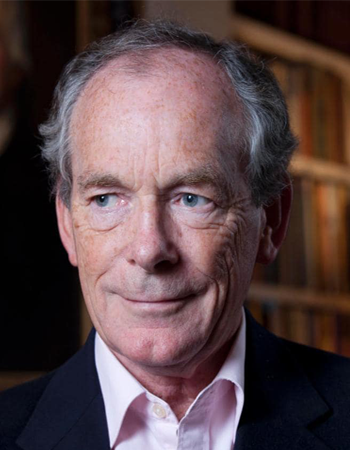 Sir Simon Jenkins is a leading journalist and author who needs little introduction at LSST.

His thought-provoking articles for The Guardian, as well as broadcasting for the BBC, form fundamental enrichment for LSST student research. He has edited the Times and the London Evening Standard and chaired the National Trust.

Sir Simon Jenkins looks back at memorable moments of 2016 with LSST’s deputy CEO, Mohammed Zaidi, and director of marketing and admissions, Ali Jafar:


1. Can we start with your opinion on Brexit?

David Cameron’s wild European gamble failed. He and the British establishment took democracy for granted. They lined up all the toffs and boffins, the chief executives, tycoons and clever-clogs in the (south of the) land, and asked the nation to pat them on the back. The invitation to a punch in the face was too good to miss.

2. Are serious newspapers now breaking apart financially due to the internet?

Conventional wisdom holds that the golden age of press investigation is coming to an end. Editorial mediation is giving way to “the democracy of the web”. Free online is wrecking the finances of many newspapers. But the economics of a free press have always relied on the ups and downs of the marketplace. Newspapers have never been secure. Free speech is inherently vulnerable to power. The British government is still ham fistedly trying to curb investigation by imposing on it compulsory libel costs – an attempt that must surely now be laid to rest.

3. Your investigations into The Panama Papers show how it is left to investigative journalists to reveal the truth and spur on reform. What are your views on this?

And now we have the Panama Papers. A cloud of stinking dust rises as another wall in the edifice of unaccountability crashes to the ground. No thanks are due to any government or police force, to any minister or regulator. The instigator is that musketeer of the digital age, the whistleblower. But even the whistleblower depends on the press.

4. Are we getting good old-fashioned Republican isolationism with Trump?

Britons are never happier than when ridiculing the vulgarity of American politics. Donald Trump’s acceptance speech at the Republican convention in Cleveland was therefore a gift. It was as vacuous a catalogue of cliches as Barack Obama’s “Yes we can” speeches in 2008.

This is colouring-book oratory, and intended as such. A more serious question is, what would a Trump presidency be like for the outside world?

As far as Britain is concerned, Trump welcomed Brexit, albeit as a token of his own popular defiance against a ruling class.

I would like to personally thank Sir Simon Jenkins for taking the time to connect with our students and acknowledge our proud partnership with London Metropolitan University and the University of West London.

Editorial efficacy is paramount in academic writing and by following Simon’s work I am certain that students will grasp a greater knowledge base and understanding of ​strong writing skills​​ and a wider outlook on government and corporate affairs​.

I will be speaking with lecturers about using such work appropriately with academic rigour early in 2017.