University of Oxford academics and industry leaders speak with LSST Life magazine about Brexit’s incalculable influence on higher education and research. Read the article below. A compressive and updated version will feature in the next Brexit special edition of LSST Life magazine, out soon: https://www.lsst.ac/newsletter

* Disclaimer: The views and opinions expressed are those of the writers and not necessarily those of LSST. 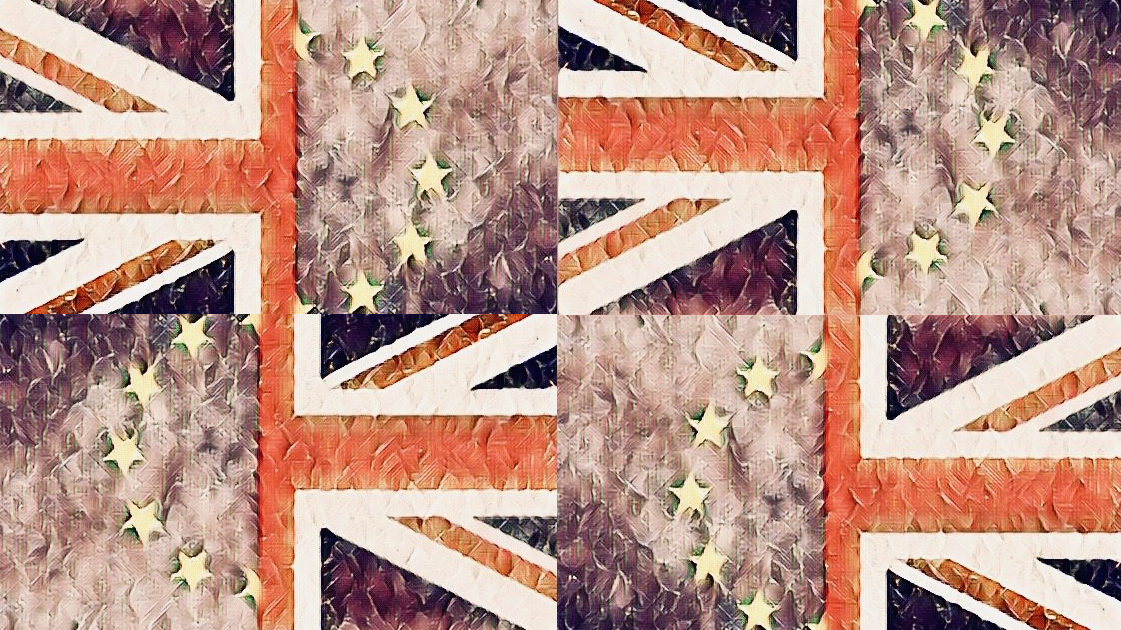 What Brexit unerringly means has always been up for grabs. No one (including me) fulsomely understands the influence of Brexit on higher education and research – making its influence incalculable. The vast volume of uncertainty and unanswered questions from universities, should the UK face a no deal outcome, is utterly unacceptable.

The Brexit-fantods are yet to settle; the Brexit narrative changes as fast as I write – but, Brexit-voluble wise, the recruitment and retention of skilled students and staff and access to irreplaceable European research networks are assumed to suffer. This is erroneous as, categorically, British universities are a global success story. With a strong reputation for international competitiveness and contributing to overall GDP, our universities need to further cooperate to minimise the Brexit-turbulence ahead and maximise EU departure opportunities. Professor Dame Janet Beer, President of Universities UK, says: ‘We are home to one of the best research systems in the world, attractive to stellar academics, top students and global partnerships, and we must not let this be compromised by a no deal Brexit.’

Speaking with LSST Life magazine, Sir Noel Malcolm, Senior Research Fellow, University of Oxford, espouses: ‘Surveys suggest that a great majority of UK academics are opposed to Brexit. This does not mean that their reasons for being anti-Brexit are concerned only with possible effects on the universities; there are surely many other factors at work, involving political, economic and cultural assumptions of various kinds. But one consequence is that the spokespeople for universities in the UK have tended to portray the impact of Brexit on the Higher Education sector in peculiarly negative terms, going some way beyond what a properly objective – indeed, academic – analysis would justify.’

Brexit, now a synonym for pettifog, has led to UK industry assets declining ever since the 2016 referendum. The UK, a widely respected and important partner in the Erasmus+ and Horizon programmes, is a world leader in international mobility placements and in research – particularly science based. According to Erasmus+, over 53% of university students undertaking a period of study abroad do so through Erasmus+, and the UK has the highest share (12.8%) of participants in signed Horizon 2020 grant agreements. Under Erasmus+, the UK is expected to be allocated €1 billion during 2014–2020. Yet, paradoxically, the higher education sector’s confidence with inbound EU funds is fading.

Despite alternate funding options, universities across the UK are doubtful to become or remain among the highest receivers of Erasmus+ and Horizon EU funding. A possible consequence of the government’s overlooked post-Brexit position for higher education and research? Should the UK leave the EU under the Withdrawal Agreement (extended or not) or in a ‘no deal’ scenario, there may be options to join future phases of the Erasmus+ and Horizon programmes. Although the government wishes to stay in the Erasmus+ programme, if it fails to secure a deal, there will be no national alternative to enable students to study abroad in Europe. So, if we lose Erasmus+, there will be nothing to replace it.

Speaking with LSST Life, Dr Elizabeth Evenden-Kenyon, Honorary Faculty Research Fellow and European press specialist, University of Oxford, adds: ‘While I welcome the government’s commitment to increasing spending on research and development to 2.4% of GDP by 2027, this does not and can never replace the positive impact EU membership has on HE in the UK. Given the government’s indifference to the importance of the Humanities and ‘soft skills’ in our society, I foresee even greater obstacles to funding the full range of skills necessary for the workplace and in our communities.’

By contrast, Sir Noel Malcolm, Senior Research Fellow, University of Oxford, says: ‘Obviously Brexit will cause some changes in the world of Higher Education, but the apocalyptic tone of some recent pronouncements is quite unjustified. Many non-EU countries participate in the Horizon programme of grants (which includes the European Research Council), and the UK will surely join its successor-programme on a similar basis. Several non-EU countries participate in the Erasmus student exchange scheme; again, the UK can do so too. Academic research is, by its very nature, international in its outlook and in many of its activities, and that is not going to change.’

However, with a sovereign Brexit, British universities may be able get the best of both worlds. They could escape the European commission’s restraints enforced through the Withdrawal Agreement and, like Norway and Switzerland, for example, could participate in Erasmus+ and Horizon 2020 at will.

Parliament’s neoteric Brexit ‘deal or no deal’ narrative on the influences on the higher education sector are precariously mysterious. The effect on teacher supply has, like most Brexit matters, been poorly communicated. The dis-channeling of Brexit energy has been squandered on decision wavering in Parliament instead of focusing on specific sector outcomes such as higher education and research.

Tom Simpson, Associate Professor of Philosophy and Public Policy at the Blavatnik School of Government, University of Oxford, commenting to LSST Life, says: ‘Rather than having research priorities and awards decided by the European Commission, it is now open to the UK Government to disburse research funding through routes which are sensitive to national capacities and priorities, such as the Research Councils.’

Speaking with LSST Life, Jo Burton, Senior Policy Analyst, the Russell Group, suggests: ‘It is essential the UK maintains strong relationships with our European neighbours in higher education and research after Brexit. Negotiating the UK’s full access to Horizon Europe after Brexit, in return for a fair financial contribution, would mean we will continue to be plugged into these vital networks and continue to deliver world-class collaborative research which will improve all our lives.’

In any case, the longstanding lack of clarity over the future availability of EU funds for mobility and research is causing continual concern among students and researchers in the UK. This situation is avoidable – provisions in place or not. The Government needs to confirm, with urgency, its intentions about future UK participation in these programmes to maximise certainty and stability to enable participants to plan for any changes. Thus, it is in the UK’s best interest to support and sustain strong research and educational mobility whilst seeking full participation in the Erasmus+ and Horizon programmes.

Unmistakably, for something to change, something must give. Whether or not we ‘leave’ the EU, the repercussions of Brexit will not disappear on the 29 March 2019 or, indeed, long after. The Withdrawal Agreement, in all forms, leads to lengthy and complex negotiations. Additional complexities could arise – many even more challenging. For instance, the cloaked and tangled Brexit term ‘transitionary period’ may be used to iron out the expected issues around the freedom of movement through to 2020 and possibly later.

British citizen students and European students wait apprehensively to find out if they must pay travel-authorisation fees and complete new and untested online registration forms – or even order new passports? In any case, this appears to be an impediment on the freedom of movement. This added burden will become a serious problem for recruiting skilled teachers whilst daunting subject areas requiring modern foreign language expertise. Thus, freedom of movement is a matter of monumental concern for European colleagues working in British universities. Besides, UK immigration policy was a core reasoning for the Leave vote in 2016, so fears that this will be curtailed are comprehensible.

The government proposes a 36-month visa for EU nationals coming to the UK in a no-deal Brexit. The controversial European Temporary Leave to Remain (ETLR) scheme currently discriminates against Scottish universities and any potential EU students hoping to study popular courses, such as medicine and engineering, lasting more than three years. The Department for Education indicates that there are a strong number of reasons to improve the home-grown teacher supply chain as its own recruitment targets have been missed since 2015. Could recruiting skilled teachers from the EU and wider world remedy this? The Migration Advisory Committee (MAC) – an advisory non-departmental public body, sponsored by the Home Office – has common visa proposals that make it easier to recruit from outside the EU but, oddly, much harder from within the EU. Overall, the impact on research, diversity and student enrichment may endure hardships as a result.

Whether we partake in EU programmes or not, it is important to warrant UK immigration so that it facilitates a frictionless exchange of students and researchers across EU and wider world borders. Given the substantial benefits international students bring to the UK, we should also welcome all talented international scientists and researchers – and not let anything stop this. That is why the Government needs to work closer with universities to ensure that the UK visa system can support this initiative.

The UK’s withdrawal from the EU — and the probable loss of Erasmus+ or Horizon — will have a momentous impact on ‘mobility opportunities’ for people in the UK to study, teach, and gain experience abroad.

The Mutual Recognition of Professional Qualifications (MRPQ) Directive outlines a framework allowing EEA and Swiss nationals to have their professional qualifications recognised in a state other than the one in which the qualification was obtained. Should the UK leave the EU without a deal, the Directive will no longer be valid to the UK. In turn, no approved system of recognition of professional qualifications between the remaining EEA states, Switzerland and the UK will exist. British universities have to then ensure that professionals arriving in the UK with EEA and Swiss qualifications after 29 March have the means to ‘prove recognition’ of their respective qualifications. Conversely, official EU exit information for UK nationals in the absence of a Withdrawal Agreement changes hourly and, by doing so, offers no real-world value. Speaking with LSST Life, Jo Burton, Senior Policy Analyst, the Russell Group, says: ‘Brexit is undoubtedly causing a significant degree of upheaval and uncertainty. A no deal exit would seriously damage the valuable exchange of students, staff and knowledge. We are urging the UK Government to secure an outcome for research and education which enables this vital cooperation to continue.’

The UK is a respected world leader in research owing to long-term and strengthened funding that has unmatched and exemplary access to career opportunities, professional bodies and networks. Regardless of the outcome of Brexit during this critical moment in our history we must all remember that the higher education sector has built up decades of collaborations, connections and research-channels with European partners – and will continue to do so. Also, our values and culture are unlikely to be determined by whether or not laws are made in Westminster or Brussels and, irrespective of what ‘deal’ we leave on, universities will endure as global, career-centric and multicultural place that extends a welcoming hand to individuals from across the world.

An uncertain Brexit is forthcoming and, so, our economic future is blurred but we must not risk damaging our universities, our most dependable source of innovation, talent and global relations.

In sum, when historians come to write the tale of Britain’s attempts to leave the EU, the net-Brexit result is likely to be an economic predicament – but one that our universities will certainly overcome.

A compressive and updated version will feature in the Brexit special edition of LSST Life magazine out soon: https://www.lsst.ac/newsletter

Disclaimer: The views and opinions expressed are those of the writers and not necessarily those of LSST. All contents correct at time of publication. LSST is not responsible for content on any external sites listed.

LSST students – join the debate and comment below: What are your views on Brexit article above?