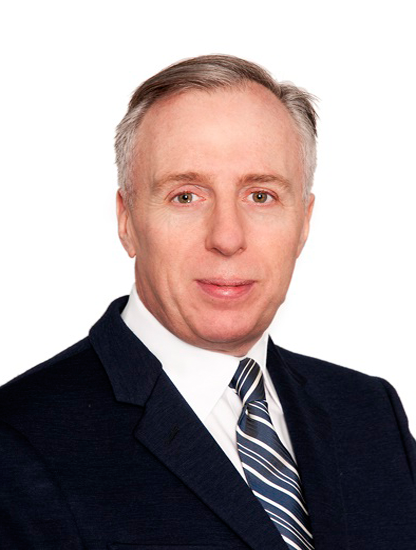 Inflation and its ‘uncertainty’ are the topics of term for LSST’s business and management students. The effects of the Brexit vote and resultant inconsistencies with academics, politicians and industry experts has seen one of the greatest ‘what’s next’ debates of modern times.

Joe Staton, a leading consumer trends expert at global market research firm GfK, helps global brands understand their consumers today and anticipate the future. Joe gained his experience at leading agencies including JWT, Leo Burnett, Interpublic Group and Havas, and is now at GfK. His background means he is ideally placed to discuss the future consumer and what impact they will have on brands. You will find Joe regularly quoted on the BBC News, Sky News, The Daily Telegraph, FT, The Times, The Guardian and The Economist.

1. Why have you created your GB Inflation Watch research product?

Inflation has become very topical. Many of us are wondering why inflation is rising? We want to know how quickly it’s happening? More importantly, how do we think inflation will behave in the future? Will it slow down, reverse or race ahead?

2. What did your survey about consumer perceptions of inflation find?

It’s not a separate survey as such. We routinely capture perceptions of past and future inflation in Britain through our Consumer Confidence Barometer that we have run for the EU since 1974. As inflation has become so topical since last summer’s EU Referendum, we decided to publish the findings on this topic.

Our findings were that nearly three out of four GB consumers (74%) surveyed in January 2017 think prices have risen over the past 12 months. This is 22 percentage points higher than a year ago. The same percentage (74%) expect prices to rise in the coming 12 months, with this figure up 19 percentage points compared to January 2016.

More than one in three people surveyed (34%) said they expect future consumer price increases will happen “more rapidly” than the past 12 months. This is more than three times as many as the 11% that thought this in January 2016.

3. Does inflation matter to people in the street?

Yes, there’s no question about that. Inflation impacts everyone everywhere regardless of age, income, gender or address. We all buy food, we all need to eat and we all need transport of one kind or another.

Inflation was triggered on this occasion by the fall in the value of the pound sterling since the Brexit vote. Immediately after the vote, there was speculation among both business leaders and consumers alike that we will see accelerated price inflation filter through to Britain’s high streets this year. Office for National Statistics (ONS) data shows that consumers have already been hit by higher food and energy prices because the weakness of sterling is raising prices and reducing consumer spending power.

This has affected a range of typical purchases from Marmite to Majorca summer holidays. A third (34%) of GB shoppers anticipate rapid rises across a wider range of goods will impact spending, making us all even savvier in comparing prices for every day purchase decisions. This is good news for brands that represent value-for-money in consumers’ hearts, wallets and minds, but does it mean tough times ahead for everyone else?

4. Does your GB Inflation Watch look at regional variations?

Yes, and there were some interesting differences. Nationally, 34% of all respondents expect consumer prices to increase “more rapidly” over the next year. But in London, a much larger total of 45% believe this whereas in the North the total is lower at 30%.

5. How are the inflation perceptions changing over time?

The idea that we are in for more rapid inflation in the future has picked up over the past 12 months. Only 18% in London thought this was likely in January 2016 but the total a year later is a hefty 27 percentage points higher at 45%. In Scotland, only 5% in January 2016 thought inflation would be more rapid over the next year. But there has been a huge increase since then of 36 percentage points to 41% as of January 2017.

6. Will inflation stop us going to the shops or treating ourselves when we can afford to do so?

We’ll all notice the price changes. But consumers can be remarkably inflexible if they wish. As market researchers, we know from experience that when there is any kind of economic uncertainty or especially when inflation rears its head that shoppers are loathe to compromise on their quality of life. So, those who can afford to spend will continue doing so. For companies, if they can find ways to help consumers avoid cut-backs then they will win consumer approval.

On behalf of our students and staff, I personally thank Joe and his research team for such a detailed narrative on inflation. Not only has Joe answered the challenging and stimulating student questions with first-rate expertise – he further justifies them with his seminal research from GB Inflation Watch.

I would like students and staff to really think about how inflation impacts the UK economy and society in the pre/post-Brexit era. I especially encourage students to find out more about GfK’s careers and its research (see hyperlinks below).

May I also congratulate Mr Ali Jafar, LSST’s marketing and admissions director, for supporting our students in such a creative way and hope to see more of such work in the near future.

Find out more about GfK: http://www.gfk.com/