An inspirational message from the Mayor of London 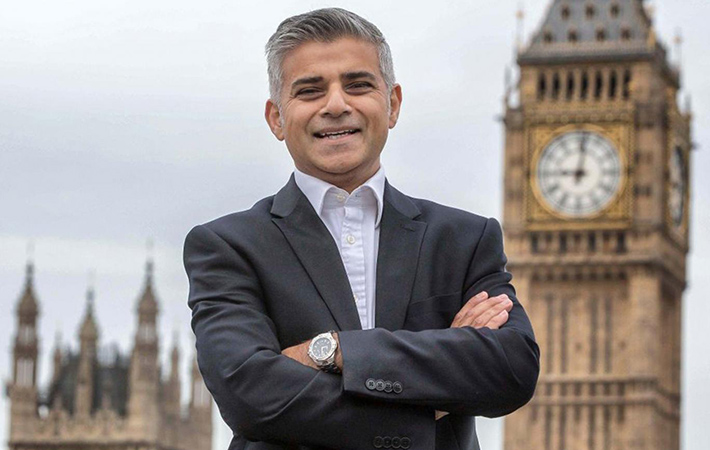 I grew up on a council estate in South London and my parents both worked incredibly hard to save up so they could buy their own home and give my siblings a good state education. We all benefited from that education, and their support. It gave me the grounding to study law before going on to work as a human rights lawyer before serving as a local councillor and then as the Member of Parliament for Tooting.

Now, as Mayor of London, my burning ambition is that every Londoner gets the same opportunities that this great city offered me. And our fantastic universities play such a crucial role in doing just that. London is the higher education capital of the world, with more leading universities and international students than any other city and I want to make sure it stays that way.

The vast majority of students who come from abroad to study in London leave as ambassadors for our city, Londoners in their own right, spreading the message across the globe that London is a fantastic place to live, work, study and visit.

That’s why I’ve said loud and clear to the world that even after the referendum vote that London is still open for talent, business and ideas.

It is so important to me that all our international students and academic staff know that London is open. I value the enormous contribution they make to our city and I will continue to work with London’s higher education institutions to ensure their needs are properly understood and reflected as we negotiate the right settlement with the EU for our international students and staff.

But there is more that I can do as the Mayor. I know that rent costs and transport fares are a cause for real concern too. That’s why I’ve made it clear that tackling London’s housing crisis is my number-one priority and why I’m paving the way for more affordable homes to buy and rent across the capital – I want students to be able to work towards owning their home when they graduate as well as being able to afford to live in the city while they are studying.

From my first week as Mayor, I was also determined to get on with the job of cutting the cost of transport in London which became the most expensive in Europe.

I’ve frozen TfL fares for the next four years as well as urging Government to do the same on the rail networks that they control.

My new Hopper fare means that if you are travelling by bus then you can make two journeys for the price of one within an hour, saving Londoners millions in the process.

The launch of the Night Tube means that whether you are studying late, partying or working you can get about our city at any hour quickly and safely.

And one of the best things about our city is that London’s best restaurants, cafes, pubs and cultural hotspots are not just confined to Zone 1 and central London.

I would urge you to make sure you get out and about and discover different parts the city – there’s always something new and inspiring popping up around every corner. London is the world’s cultural capital, sports capital, entertainment capital and much more, offering a fantastic education in itself.

Dedicate time and accumulate the knowledge from the lectures and read books on the subjects. It’s your life so aim high.

Enjoy every minute of it. Sadiq Khan

Mr Ali Jafar, Head of Marketing and Admissions, wishes to personally thank the Mayor and his colleagues for providing this statement to LSST.