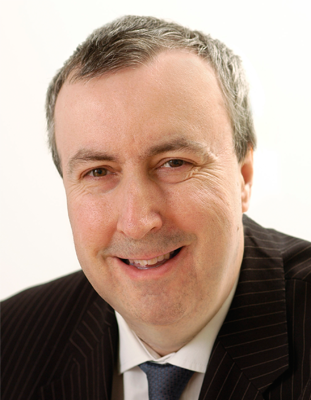 
1. Where next for the UK economy?

UK economic growth held up better than expected in the six months following the Brexit vote, particularly consumer spending. But there have been signs that growth may be beginning to ease in early 2017 as inflation has risen, squeezing household spending power.

In our main scenario, we project UK growth to slow to around 1.6% in 2017 and 1.4% in 2018 due to slower consumer spending growth and the drag on business investment from ongoing political and economic uncertainty relating to the outcome of the Brexit negotiations.

Offsetting these negative factors, the weaker pound should boost UK exports and the pick-up in the world economy since last summer will also help here. So we should not be too gloomy about UK prospects over the next few years – but what about the longer term outlook for jobs?

2. Will robots really steal our jobs?

Our analysis suggests that around 30% of existing UK jobs could be affected by automation due to advances in artificial intelligence (AI), robotics and related technologies by the early 2030s.

The possibility of automation appears highest in sectors such as transportation and storage (56%), manufacturing (46%) and wholesale and retail (44%), but lower in sectors like health and social work (17%). Since men are much more heavily represented than women in the first two industry sectors, they could prove more vulnerable than female workers to the march of the machines.

However, in practice, not all of these jobs will actually be automated for a variety of economic, legal and regulatory reasons. Furthermore, new automation technologies will create many totally new types of jobs just as past waves of technological progress have done – who had heard of a website designer or a cyber security expert when I left university in 1986?

Automation will also boost productivity (if not, why do it?) and so generate additional wealth and spending that will support additional jobs of existing kinds across the wider economy, primarily in services sectors that are less easy to automate.

The net long term impact of automation on total UK employment is therefore unclear. Average pre-tax incomes should rise due to the productivity gains, but these benefits may not be evenly spread across the population – people with higher and more adaptable skills levels are more likely to gain, others may lose.

There is therefore a strong case for increased investment in lifelong vocational education and training to help people adapt to increased automation. Someone leaving university today should be prepared to switch careers and upgrade their skills more often than their parents or grandparents to keep one step ahead of the machines.

This article was written for LSST by John Hawksworth, chief economist, PwC on 06 April 2017 and was coordinated by Mr Ali Jafar, LSST Marketing.

PwC remains a landmark professional services network and a rightly respected global auditor. To have its Chief Economist make such a sound and solid contribution for LSST’s students and staff is an immense honour.

I urge students and staff to visit the UK Economic Outlook report and to visit, with frequency, the PwC website to aid research and debate during one of the most uncertain economic and political times in British history.