Quotes show that ending war is the greatest problem: Plans, propaganda and prejudices 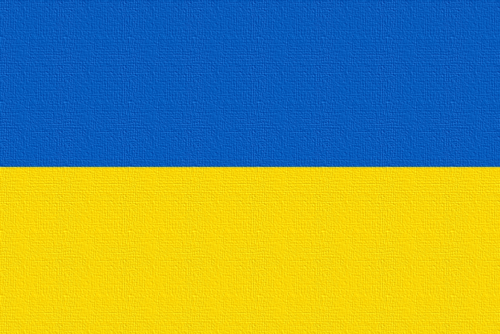 What is unfolding in Ukraine with incredible speed presents the world with a clear challenge to global democratic order.  As we witness the horrors of war crimes, as we all hope for a quick resolution, and as we take inspiration from the Ukrainian people for their swift bravery, solidarity and resolve – we remain appalled and bewildered as to how such events have manifested and for how long they will endure.

Although terra incognita, President Putin’s uncertain plans, propaganda and prejudices point that his invasion aims to reclaim Ukraine for a mix of historical motives. What will happen next is unspecified and unknown.  To help typify discussions around a free and democratic world, LSST students were asked what leading quotes pinpoint wisdom that may have historically addressed and even averted the unfounded invasion in Ukraine (listed below).

President Zelensky personifies hope as a widely praised statesman who transitioned into a heroic leader. Despite having no political experience before winning the 2019 presidential election, he unites Ukrainians in the strongest possible way.  He inspires the rest of the world to show the Ukrainian community compassion in the face of cruelty and uncertainty. He made emotive calls for democracy and these influenced leaders, businesses and politicians to create extraordinary changes on a scale never witnessed before.

What war was ever graded ‘good’?  Any war destroys the very foundations of civilisation. The only plausible solution to ending the war is dialogue.  Irina Barariu, LSST’s Student Union President, said: ‘Much of our dialogue is based on past wisdom and much of this wisdom is entrenched in quotes. That is why we are asking students to reflect on a selection of quotes and what they reveal at this troubling time. For me, they reveal that the hardest part of any war is ending it.’

On how and when wars end, Gabriel Garcia Marquez advocated:   “It is easier to start a war than to end it.”

On the outcomes of war, Havelock Ellis said:  “There is nothing that war has ever achieved that we could not better achieve without it.”

Benjamin Franklin advised: “Wars are not paid for in wartime, the bill comes later.”

On war alliances, Clint Eastwood said: “A war is a horrible thing, but it’s also a unifier of countries.”

On morality, Curtis LeMay said: “Every soldier thinks something of the moral aspects of what he is doing. But all war is immoral and if you let that bother you, you’re not a good soldier.”

Relating to communication breakdowns between countries, Margaret Atwood highlighted: “War is what happens when language fails.”

On war soldiers, Plato once said: “Only the dead have seen the end of war.”

On war ego, Howard Zinn said: “There is no flag large enough to cover the shame of killing innocent people.”

On economic sanctions, Ida Tarbell said: “The first and most imperative necessity in war is money, for money means everything else – men, guns, ammunition.”

On hurt, J.R.R. Tolkien said: “The world is full enough of hurts and mischances without wars to multiply them.”

On hope and peace, Eve Merriam said: “I dream of giving birth to a child who will ask, Mother, what was war?”

On war positioning, Winston Churchill said: “One day President Roosevelt told me that he was asking publicly for suggestions about what the war should be called. I said at once ‘The Unnecessary War’.”

On doing the right thing, Suzanne Collin said: “How much energy they put into harming each other. How little into saving.”

On war outcomes, Audie Murphy said: “No soldier ever really survives a war.”

On freedom, Abraham Lincoln said: “Those who deny freedom to others deserve it not for themselves.”

We encourage LSST students who understandably feel concerned or worried about the invasion in Ukraine to obtain support from our dedicated Student Support services, Mental Health advisory staff, Student Union, student peer groups, and any academic staff you feel comfortable speaking with. Contact engagementteam@lsst.ac for further information and support.

15 thoughts on “Quotes show that ending war is the greatest problem: Plans, propaganda and prejudices”