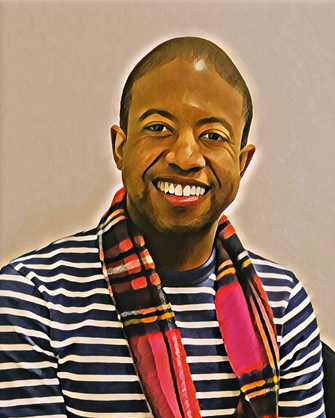 The aftermath of World War II saw the dawning of a new age. As the dust settled out of the cease fire, the emergence of a new geopolitik landscape became evident with, in particular, the birth of the European Coal and Steel Community which seeded the process for unprecedented integration on the continent evident in the structural evolution of the European Union:

The resulting UK democratic referendum vote June 23rd, 2016 to leave the European Union has led to numerous demonstrations and discussions (emotive and logical) coloured with rhetoric, race baiting, general fear of becoming isolated from Europe and even the possibility of the end of 50 years of peace on the continent. The negotiations to facilitate how the UK will depart the EU has been fraught with both sides employing strategy, one could argue, designed to overturn the outcome of a democratic process. This strategy by the EU in particular, has previously succeeded elsewhere where a second “democratic” referendum provided the preferred result:

It is imperative that a 2nd referendum not be called in the United Kingdom on whether the UK should stay or leave the EU. To call a 2nd referendum on such an emotional topic will seek to further divide a group of nations at a time when unity is needed for the United Kingdom to progress seamlessly to its next chapter of development, allowing this great nation to continue to punch above its weight and class in the international arena. Further, calls for a 2nd referendum, should they succeed, would only result in devaluing faith in UK governance and electoral process.

From a historical point of view it is vital to recall that the continent and the United Kingdom have been at war; culturally, economically, at home and across the seas, [Bank of England Act 1694] and even on the perspective of religion [Act of Supremacy 1534]; for centuries. The result of the UK referendum, and the EU reaction to the democratic result is compelling. It demonstrates that the war of culture and values still pervades the continent challenging cohesion and the very foundations on which the current structure of the EU was built. Yes the original precepts of the EU was designed to ensure peace endured. What the architects of the EU project failed to acknowledge and incorporate is a very simple premise in governing; you must take into account the views and norms of the people they are elected, or in the case of certain EU posts, implanted, to serve.

Many have used the USA as an example of EU aspirations… a United States of Europe. In reverse engineering the finished product, I am at pains to point out that the Red, White and Blue of our cousins across the pond was only possible on conclusion of first the American Revolutionary War (1775-1783) and secondly the American Civil War (1861-1865), quelling secessionists, with the victor establishing its culture, norms and values, enshrined in its constitution across a united country after years of bloodshed.

Pride and industry are integral to the identity of nationhood and culture. The current fractioning of Europe is the direct result of the EU ignoring the norms, values and cultural pride of citizens of its member states:

The response, by the EU, to the aforementioned exemplars of unrest across Europe has to date been business as usual, akin to rearranging the deck chairs on the Titanic, misguided, irrational and doomed.

Within the United Kingdom, the majority of the political elite have failed in their primary duty, to be a servant of the people and enact their will. The ongoing debate within the lower house on whether or not to have a second referendum is, to quote Charles Dickens ‘…the epoch of incredulity.’ The people have already spoken. As servants of the people politicians have been given their mandate. The current political composition unfortunately has become a chamber filled primarily with virtue signalling members who are keen to ignore the electorate and sell the norms and values of the people they are meant to serve in exchange for short –term gratification i.e. votes and self-preservation [of career during and post public office].

In my perspective the vote for Brexit was not a vote on immigration. Instead it was a vote to maintain and sustain cultural and value norms of an island state whose history is steeped in pride, industry, philanthropy, good governance and fairness. Brexit is about the reclamation of this nation-state and the significance of ensuring that the colour blind framework of governing and tolerance, which remains fluid to style but firm on principle, endures for another millennia.

The United Kingdom of Great Britain and Northern Ireland may no longer rule the waves and the flowerbeds of people that populate its fields are no longer just the red English rose but now bloom in hues of yellow, pink, purple, lilac… truly multi-coloured fields in the garden of life. What binds us all together are not the colour casing we were cloaked with on entering this world, but our common beliefs in British values: respect for democracy, the rule of law, individual liberty, mutual respect for and tolerance of those with different faiths and beliefs and for those without faith. The vote to leave the EU is the voice of these sceptre’d isles demanding freedom to govern, to maintain our unique cultural identity and values, to reclaim the right of nationhood… sovereignty.

As we prepare to leave the EU, with these shared foundations it is important to remember that the United Kingdom has at its disposal an arsenal that is the envy of every EU member state. The United Kingdom may no longer rule waves but it continues to reign with dignity wielding immeasurable soft power, which remains to this date the envy the world over. A formidable, unmatched, well-oiled machine of international diplomacy.

The United Kingdom, and not the EU, is one of 5 nations in the world’s leading intelligence-sharing network, exchanging classified information on a wide range of interests to ensuring the continued security of nation states and most importantly its citizens. The UK government will no doubt continue to ensure information sharing with the EU post Brexit.

The late Sir Winston Churchill famously said “to improve is to change, to be perfect is to change often”. The shifting tectonic plates in the geopolitik arena are once again on the move. As in the past, the United Kingdom needs to have the foresight and be fleet of foot in ensuring sufficient adaptation to impending change. In the words of Morgenthau… the state must adapt or die. Brexit presents an opportunity which must be capitalised upon.

UK PLC with the knowledge and duty of its Chairman (the Queen/King) and Her/His CEO (the Prime Minister) these sceptre’d isles can navigate once again through unchartered waters to begin the next chapter of what will undoubtedly be a journey to new heights.

“A kite flies against the wind not with it”

6 thoughts on “Brexit: Opportunity not Threat”