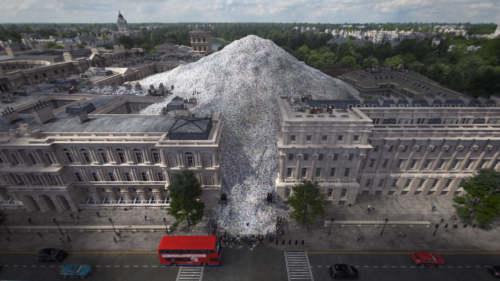 After years of tremendous campaigning from Greenpeace and the recent launch of Wasteminster – a viral video on the issue of the government claiming plastic waste is recycled when it is dumped and burned overseas – the Turkish government announced a ban on almost all foreign waste imports, including 95% of British plastic waste.

While plastics have transformed the world and solved many social issues, a whopping 91% of plastic is not recycled. Yet, startlingly, Greenpeace finds that even the little plastic that is put forward for recycling does not actuality get recycled.

1. The UK is the 2nd biggest producer of plastic, and it can not cope with its own plastic waste, so how can others?

They can’t. The only way to get the plastic waste problem under control is to produce a lot less plastic. The technological solutions we need are reusable containers and retail systems to make them easy and convenient to use.

2. At LSST, I spent months campaigning for a student plastic pledge. To think the plastic we collected to be recycled is, or would be, dumped and burned makes me extremely upset. Do you sense how I feel robbed of the hard work we put in?

This is one of the heart-breaking things about this issue. People who have spent hundreds of hours cleaning and sorting their household plastic, or even for other people, all to try to protect the environment, have been taken for a ride. And they will react against that, they will feel robbed. In some cases, they will stop recycling, and this isn’t what we’d recommend – we have to keep doing what we can in the hope some of the plastic we wash will be! We know that around 10% of household plastic waste is recycled in this country. It’s a very low figure that needs to improve. But we can’t solve this problem without people understanding the truth, the plastic crisis isn’t caused by lazy non-recyclers or litter bugs, it’s caused by a huge global industry that just keeps producing far more plastic than we will ever recycle. If we cut the problem down to 10% of its current size, recycling could solve the rest.

3. Plastic waste is one of the largest environmental challenges facing the world. It is a global problem requiring a global solution. Does Greenpeace highlight any best practice?

Whenever we can. The UK is the only European country in the top ten plastic waste producers, but, maybe because of that, we have quite a high awareness of the problem and many of the solutions are being looked at here. Sainsbury’s and Aldi have both pledged to cut their single-use plastic in half by 2025. Various retailers are looking at plastic-free packaging and, even better, refillable, reusable packaging.

Many supermarkets such like Waitrose, Asda and Aldi, also Tesco are trialing reuse systems. But although lots of good ideas are being created, we aren’t seeing them scaled up nationally. What we need to see are ambitious targets. The last supermarket survey, which ranked the top ten biggest supermarkets on their plastic footprint showed that in 2019 had only reduced by about 1% compared to 2018.

4. The dumping of plastic is one thing but burning it is even more devastating on the environment. Has your campaign noted any untoward health concerns to those around the dumping grounds?

We’re not medics, and when we want to know medical data we ask the experts, but burning plastic does create some highly toxic chemicals, such as dioxins and furans, as well as greenhouse gases.

People living near plastic dumps in India, Thailand, Malaysia and Indonesia say that plastic pollution and burning plastic is causing them respiratory issues, such as coughing and difficulty breathing; headaches; itchy, irritated eyes; and are concerned that exposure to these toxic fumes may also be causing problems with menstruation or higher rates of cancer. 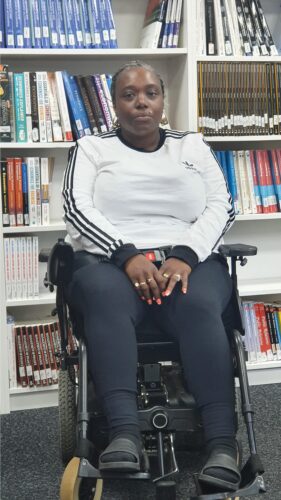 5. I commend the ingenious creativity behind the video that articulated the crisis perfectly. I resonated with the many products and bottles shown in the video. But do you think that the campaign may indirectly make people not bother in recycling their plastic at home? I now say why bother!

That is a worry for us, as it’s very important that we recycle as much of the plastic we produce as possible. But the key solution to the plastic problem is not better recycling – it’s just not possible for us to recycle the amount of waste plastic we’re currently producing – we need to massively cut down on the amount we produce in the first place. So long as people think that more dutiful recycling can solve the problem, we’ll keep ignoring the real solution – which is what the plastic producers and retailers want, of course.

6. Everyone knows that plastic is a valuable resource and that recycling it can bring in revenue. Why would anyone burn it?

Plastic is a valuable resource, and in many ways a miracle material – strong, flexible, air-tight, durable, transparent, cheap – but it is made of long-chain polymers which break down during the recycling process. That means the plastic gets weaker each time you recycle it, and so while metals and glass can be recycled infinitely, plastics can only go through a few cycles before they are no longer viable, and some plastics can’t be recycled at all, or they are not at all economically viable to recycle. And that’s assuming you have a perfect process which keeps all the different types and colours of plastic fully segregated and removes all impurities. On top of that problem, we have the issue that producers are making enough virgin plastic to satisfy plastic demand, and it’s cheaper to make virgin plastic from oil than to recycle it. Some Chinese companies managed to profit from waste plastic recycling for a decade or two due to the enormous resource demand from their rapid economic growth, however, the Chinese government worked out that, while those companies were profiting, the costs to China as a nation from pollution and health problems were greater than the profits, and so they banned plastic waste imports. The net result of the economics of plastic recycling and plastic production is that we have an enormous and ever-growing mountain of waste plastic that no-one wants, and so it gets burned.

7. Greenpeace should be commended on this fantastic campaign but as we have been recycling for many years, do you feel that we found out too late? 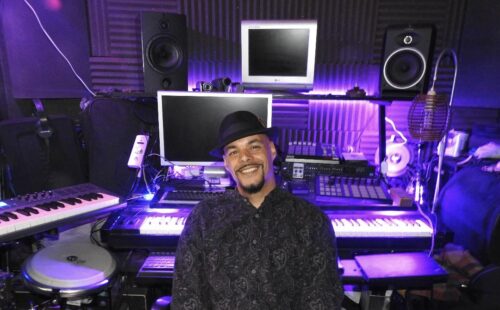 From his London based recording studio Business student Paris Campbell-Edwards speaks out against plastic pollution and plastic dumping.

8. Is it legal to send plastic overseas if it is not going to be recycled?

No, it is illegal, but international waste exports are very difficult to trace (probably deliberately in most cases) and so enforcing the law is very difficult. Even with hundreds of enforcement agents it would be impossible to check the entire contents of hundreds of containers moving around the world. That’s why we need a total ban.

9. What are the plans to fix this crisis and what can we do as citizens to ensure that this system changes for the better?

The only way to fix the crisis is to produce a lot less plastic. As a shopper, you can help by favouring products without plastic packaging wherever possible, but your real power is indeed in acting as a citizen, and not just as a consumer. Let your local politicians and your local supermarket know that you care about this issue, and that you’re willing to change the way you shop or vote if that’s what it takes to solve it. Greenpeace are here to help amplify your voice and make sure you are heard, but we can’t really do much without public support, so whether this problem gets fixed depends on how much public pressure the decision makers in Downing Street and supermarkets like Tesco and Asda come under.

As a campaign organisation, this is a constant issue for us. A bit of humour often helps spread a message online, but we don’t want to trivialise important issues. Similarly, some of the problems we work on have really horrendous consequences for people and wildlife, and we want people to know about that, but we don’t want them to despair and just try to avoid us because we’re depressing. We do some message testing, trying out slightly different versions to see how people react, but this kind of creative work can’t be fully systematised, and so we rely on our own opinions to a large extent. I think we got the balance right in the Wasteminster video, so I’m glad to hear that the humour made you laugh and the message had an impact, but the real test is, did you share it?

11. Oh yes. I did. Also, thanks to Greenpeace Turkey, a welcomed change has been made – but how do you know if other countries will be targeted next? I think we need a complete ban on all plastic waste exports and legislation to make UK companies reduce the amount of plastic they produce in the first place.

In response to the above article, a government spokesperson told LSST:

‘The UK is a global leader in tackling plastic pollution. We are making great strides to tackle the plastic that blights our streets, rivers and oceans – protecting wildlife from ingesting harmful plastic by banning microbeads in rinse-off personal care products. The government is investing £20m to tackle plastics and boost recycling and our landmark Environment Bill will give us a raft of new powers to step-up our war against plastic pollution and litter.’


Want to volunteer at Greenpeace?

Running a street stall, taking direct action, organising a speaker event or working at a festival. There are so many ways to volunteer with Greenpeace to protect our planet (and even have fun!). Find out more here: Volunteering | Greenpeace UK

Please contact kunal.mehta@lsst.ac for any questions or comments about the article